Several months have passed since the infamous Ginza Incident, with tensions between the Empire and JSDF escalating in the vast and mysterious "Special Region" over peace negotiations. The greed and curiosity of the global powers have also begun to grow, as reports about the technological limitations of the magical realm's archaic civilizations come to light. Meanwhile, Lieutenant Youji Itami and his merry band of female admirers struggle to navigate the complex political intrigue that plagues the Empire's court. Despite her best efforts, Princess Piña Co Lada faces difficulties attempting to convince her father that the JSDF has no intention of conquering their kingdom. Pressured from both sides of the Gate, Itami must consider even more drastic measures to fulfill his mission.

Filled with the same haphazard writing and JSDF worship as the first season except the main cast now officially devolves into a harem.

Oh, this anime show mix fantasy and political situation. Just like Log Horizon, but with tanks and modern militar stuff

Rori is the only Goddess I believe in!

Very interesting, and has a connection with Otaku who would love to go into a world like this. Solid other-world fantasy.

More of the same. Show gets worse the more you think critically about it IMO. Can be fun with brain turned off though. 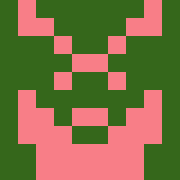 Jyu-Oh-Sei – Planet of the Beast King Bungo and Alchemist – Gears of Judgement Bleach the Movie 3 – Fade to Black