The majority of the Matsuno household is comprised of six identical siblings: self-centered leader Osomatsu, manly Karamatsu, voice of reason Choromatsu, cynical Ichimatsu, hyperactive Juushimatsu, and lovable Todomatsu. Despite each one of them being over the age of 20, they are incredibly lazy and have absolutely no motivation to get a job, choosing to live as NEETs instead. In the rare occurrence that they try to look for employment and are somehow able to land an interview, their unique personalities generally lead to their swift rejection. From trying to pick up girlfriends to finding the perfect job, the daily activities of the Matsuno brothers are never dull as they go on all sorts of crazy, and often downright bizarre, adventures. Though they desperately search for a way to improve their social standing, it won't be possible if they can't survive the various challenges that come with being sextuplets!

Sooner or later you’ll find yourself relating to one or more of the Matsunos and you’ll hate yourself, but it’s worth.

6 unemployed dudes somehow manage to be more productive than you are.

Vulgar with a mixture of fantastic dark humor and sexual jokes. Characters, story segments and the gags are every easy to get attached to.

An oldie is back in the saddle again, and rides like the wind. Memorable visuals, and top notch comedic delivery make this non stop fun.

You have no soul if you think this show is not funny.

This show’s comedy is on point. Interesting characters, great animation, and just all around hilarious. The Matsuno bros definitely impress. 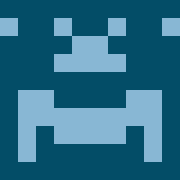 The World God Only Knows – Goddesses