In 1755, Marie Antoinette is born in the royal family of Austria and raised in luxury. However, the fate of the future queen of France is set in stone—at the young age of 15, she has to leave her family and marry the crown prince of France. At the same time in France, a girl is born in the family of the Commander of the Royal Guards. Upset at not having a male heir, her father decides to raise her as a man and names the girl Oscar. Oscar is trained from a young age to become the leader of the Royal Guards, but she is yet to discern that the will of the queen sometimes does not equal the good of the people. Based on the critically acclaimed manga by Riyoko Ikeda, Rose of Versailles depicts the fateful meeting of Marie Antoinette and Oscar, which is bound to influence history and change the life of the people facing the French Revolution as the clock ticks toward the end of the French royalty.

As influential to shoujo as One Piece was to shounen. The tragedy of the French Revolution as told through a shoujo perspective.

An old anime that is actually enjoyable. Animation is gorgeous for an old gem. Strong female lead, some action, romance, and plot twists.

A classic tale of love and tragedy, I believe it to be iconic and influential to anime as Romeo and Juliet was to literature.

Incredibly beautiful and surprisingly accurate interpretation of the French Revolution.

The character’s take a while to come into their own but Deazki’s dramatic direction is entertaining and surprisingly powerful.

I own this on DVD. And it is worth the money. Personally, everything I would want from a tragic romance. 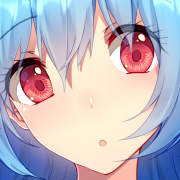 Mother of the Goddess’ Dormitory